In Praise of Motorbikes 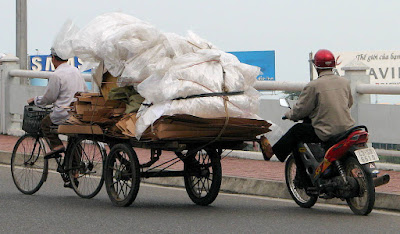 Vietnam was and is a nation that travels predominantly on two wheels. Uncle Ho's supply chain, consisting of tough human beings propelling supply-laden bicycles, proved equal to the challenge of defeating the US, whose petroleum-powered network of supply lines spanned the globe. Even today, while cars and trucks clog the avenues of Hanoi and Ho Chi Minh City, much of the rest of Vietnam sits astride two wheels. Today those two wheels tend to be petrol-powered and it's not unheard of for relatively prosperous families to have a motorbike for each parent, as well as one for each kid over the age of 18. But, prior to the precipitous drop in motorbike prices that resulted from the introduction of imported Chinese motorbikes about ten years ago, a single motorbike was considered a terrific asset for an extended family. Access to a motorbike enabled sick folks to be ferried to medical care more expeditiously and rural shop keepers to more readily access goods from the larger towns and cities. Wider ranges of employment and educational opportunities arose as well, thanks both to the improving economy and the ability to cover somewhat longer distances in a reasonable amount of time (i.e.; making it feasible to get home at mid-day for lunch and a nap.) 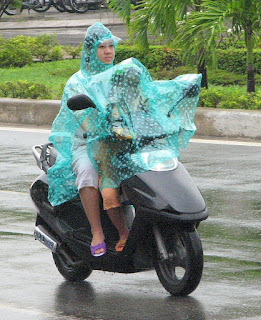 The bulk of motorized two-wheeled transport in America consists of either motorized bicycles or enormous Harley-Davidson clones--both of which are generally considered to be dangerous toys (a Harley viewed as an extravagant one and the moped being merely comical)--rather than as serious modes of transportation. In Vietnam, 110cc "underbone" style motorbikes such as the Honda Wave represent the basic mode of transportation. Unlike Harley owners, Vietnamese ride their bikes rain or shine--along with their kids, their groceries and even live pigs, chickens, and plate glass windows. It can get a bit dicey at times but--with the bike's low center of gravity and ease of operation--even a fifty-something year old American woman like me can learn to operate one with confidence. Modification of the basic bike with kits (which are readily available in Vietnam) enables even disabled folks to travel independently by motorbike. 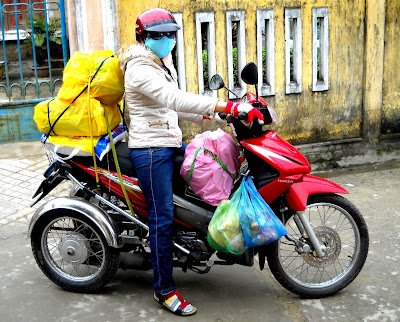 All told, these small motorbikes have contributed greatly to the enhanced quality of Vietnamese life over the past decade. With their fuel efficiency and relative ease of maintenance, one might well be a valuable asset in a survival-oriented post-Peak Oil community. 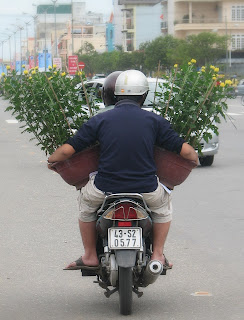